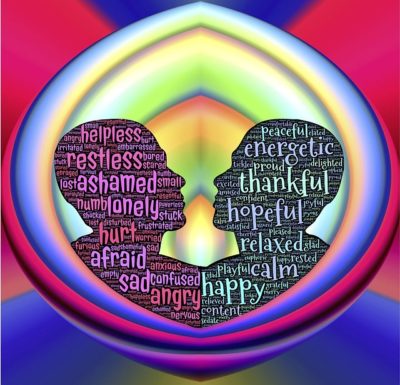 The Assumptions of desire and ill will are the fetters 4 and 5 in the Buddhist framework of the ten fetters. They show up after the self-illusion is seen through and address the question: Why are we reacting all the time?

In case you’re wondering why we are already at fetters #4 and #5, with the self-illusion, doubt and clinging to rites and rituals also dropped away, the second and third fetter.

How You Can Notice Desire And Ill Will

You’ll notice a slight restlessness, a continuous subtle search for “What could I do now, how can I feel better or less bad?”

Thoughts start imagining scenarios where the situation turns out in the best way possible for us, we might get angry or insist that we get what we want, or do something in order to feel good.

Sometimes, the reaction happens swiftly and we find ourselves in anger, yelling at somebody or slamming a door.

Desire and Ill Will in Slow Motion

In the inquiry into desire and ill will, we explore in slow motion how a reaction happens and what triggers it. Why do we react?

What is actually going on when we are reacting, how is the reaction started? What leads to reactions? It feels like we want something or we don’t want it and that starts the reaction. Is that so?

During a reaction, the slow motion shows:

In the inquiry, the third step in the slow motion is looked into. Is there indeed a trigger that starts the reaction? The trigger stands for desire and ill will.

How to See Through the Assumptions of Desire and Ill Will

Before you begin this inquiry, it is important that the self-illusion is seen through. As long as we think there is a ‘ME’ that could decide or control anything, it is not possible to see through desire and ill will.

When the self-illusion is seen through and you feel at home in the new perspective, you can start with the inquiry into desire and ill will.

For the inquiry into desire and ill will, you use a problem that you really want to get rid of. If a fairy came and promised you to take a problem away by swinging her star-dust covered wand, which problem would you like to disappear?

It is important that we only work with facts in the inquiry and not with the reaction. When the reaction started, we can no longer look for what triggered it.

In the context of this inquiry, it is neither good or bad to react, the terms good or bad don’t make any sense here. Once the reaction has set in, it is simply a perspective that won’t allow you to look for the trigger in the “gap” between sensations and reaction, that’s all. No need to avoid reactions. They are simply a sign that an assumption is still in place.

The different steps in the inquiry

What is the problem?

In the first step, you describe the problem that needs to be solved.

Here is an example: Robert and Jane (the names and story are invented) have been married for quite a while.  Robert feels that his wife doesn’t love him any longer.

What does she do or not do that makes him think she doesn’t love him any longer? We are looking for the facts that are happening that can be observed by another person as well.

Robert tells me, his wife doesn’t hug him spontaneously any longer. This is what we will work with. A sentence is built by negating what is wanted and not there:

Experience in Slow Motion What Is Going On

Since it is often very hard to watch what is going on in the heat of the actual situation, we take this situation into our “consciousness lab”.

When Robert is by himself, he intones the sentence: „Jane doesn’t hug me spontaneously.“
After intoning the sentence silently or aloud, body sensations appear, a pressure in the heart area and a constriction in the throat.

Also, some reactions set in. Memories appear, they talk about how it had been in the past and sadness mixed with anger can be felt.

Now, Robert practices to stay “in the gap”, feeling the sensations, also feeling the pull to react but not giving in. This dynamic state is called “the gap”. He intones the sentences, feels the pressure in the heart area and the constriction in the throat for 1-2 minutes and then lets the sensations fade out. Repeating this several times a day, Robert gets used to staying with the uncomfortable sensations.

Do Desire and Ill Will Trigger The Reaction?

With a bit of practice, Robert succeeds in “staying in the gap”. He feels the primary body sensations, experiences the pull to react but resists it and looks for desire and ill will, wanting and not wanting. Do they appear and start the reaction? They should be visible right now, in this dynamic state between sensations and reaction.

Desire and Ill Will Weaken

Robert does this experiment 4 x daily for 10-15 min. Quickly, his anger and sadness about his wife not hugging him spontaneously disappears. It is simply a fact that his wife doesn’t hug him like it is a fact that the sun is warm.

Seeing Through the Assumption of Desire and Ill Will

In this last step, the assumption of desire and ill will, wanting and not wanting triggering a reaction, is seen through.

In his first-hand experience, Robert sees that there is nothing that starts a reaction and experiences a shift. This deep insight is different for everybody and hard to put into words.

With this insight, the whole situation looses its charge and so do other situations he used to react to. He feels content without needing his wife to do what he wishes or other situations to make him feel good. And the biggest surprise for him is: Without having told Jane anything about his inquiry, she starts to hug him spontaneously. (This result cannot be garantueed!)

Weakening and Falling Away Of Desire and Ill Will

For fully seeing through these fetters, at least two rounds with two different problems are needed, often more.

In the beginning, the fetters are weakened and the reactions are shorter and don’t peak as high as before. When the assumptions of desire and ill will fall away, reactivity ceases.

The work in these fetters is very emotional. Deep feelings arise and often, unresolved conflicts surface that need to be looked into.

The Buddha emphasized strongly how important the weakening and the falling away of the fetters desire and ill are. He said that the weakening led to only having one more life as a human being and with the falling away of the fetters, the seeker became a non-returner. They would not be born again as a human being but would be liberated from a higher formless realm.

Rebirth might be something relevant for you or not, this shows what a big step is made when desire and ill will are seen through.

My work in the fetters 4 and 5

In my first round, I worked on a relationship issue. In the second round, I used my chocoholism to look into desire and ill will. Yes, I couldn’t walk past a piece of chocolate.

Satyadhana, my guide, asked me what needed to happen so I would forget grabbing a piece of chocolate, and I knew it immediately – and I knew, this was a deep dive.

I longed to be held by somebody without them saying a word, so I knew there is somebody, I was not alone.

My parents had fled after WW II from the eastern part of Germany which was occupied by Russians to Hamburg. They dwelled in the basement of a bombed house, trying to build a life again. At the age of 2 weeks, I was given into full time daycare, together with many other children.

The sentence that resonated with the feeling I had was: There isn’t anybody. It perfectly matched the terrible loneliness I felt.

Working with the sentence

When I intoned the sentence, body sensations arose that moved up and down the food pipe. I was flooded with fears, formless and without any content. The fears also remained during the rest of the day and often, I could hardly sleep.

Finally, I felt so exhausted that I only wanted this inquiry to be finished. At that time, I was at the wedding of my niece. I sat on my hotel bed and committed to not getting up before this round was finished. Again, I said the sentence, felt the sensations which were labeled fear and waited and looked. What triggered the need to eat chocolate? I waited and waited, repeated the sentence when the sensations weakened.

After about one hour, something totally unexpected happened. All of a sudden, everything was gone. The sensations were gone, the fear was gone, the gap was gone. The spook was gone. It felt like an awakening from a really bad nightmare.

It was immediately clear, that was it. There was no desire and ill will and never had been. They had been an assumption about what was happening just like the assumption of a ‘me’.

I have no idea how it works but each time I had a new insight, situations appeared that tested the insight. Was it totally clear or were there still tendencies left that could fabricate the illusion?

The next morning, still in the hotel, I got a call from my radiooncological unit. I had an appointment with my physician during the breast cancer radiation and another physician would replace her. Whether that was okay with me?

Oh! That was about the maximum credible accident for me. It was so difficult to find good doctors with whom I felt safe after being diagnosed with breast cancer. I waited and said nothing. No sensations arose, no “NO”…

The receptionist kept talking kindly to me, apologizing. She hat witnessed my meltdown when I had to change physicians the last time. Finally, I simply said, “It’s fine.” It was fine.

All day long, things happened where I normally would have reacted quite heartily. And all these reactions simply didn’t appear any longer. Unbelievable! It did feel strange. My sister who knew my sweet tooth had brought a whole bag of sweets to the hotel. I didn’t feel like eating them at all. How weird was that!

Slowly, a deep sweet contentment spread through my body. I hadn’t even known what true contentment was! This freedom!

On my journey home, I had to change trains. That was usually the moment when I got myself something sweet. This time, I went into the bakery, bought a coffee and that was it. I think, this had never happened in my life before and I didn’t miss a thing.

How do you experience wanting and not wanting? How does it feel to keep looking for something better?
Did you already inquire into desire and ill will? How did it go and how did you feel after finishing a round?

Would you like to get more support on your journey to awakening? Then subscribe to my newsletter.

And if you know a friend who is also longing to awaken, share this post with them.