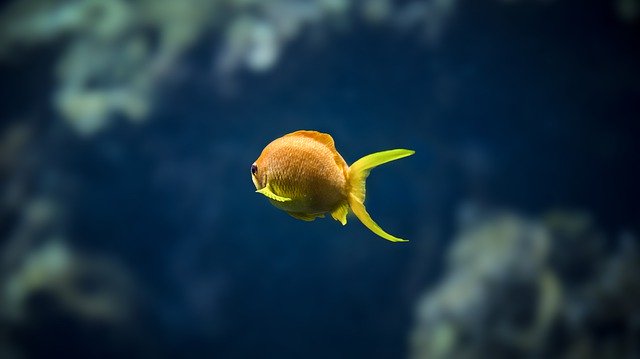 Ignorance is the 10th and last fetter on the journey to awakening. With it, the last assumption falls away that veiled the awakened state.

What does Ignorance mean?

When the last sense of ‘i am’ is gone, the facts are obvious. There is nothing substantial to hold onto or to stand on. It cannot be known what will happen.

Nothing is permanent, the expectation that something will be reliably there will not be met.

And the worst of all: There is no way of always feeling good, satisfactoriness is not available anywhere.

And though the facts were always there, we fought them the best we could and tried to adapt them to our wishes. But it had to fail, and that was the reason why we suffered.

With ignoring the facts, the whole fettering process started. Not wanting to know the facts is a strong drive.

How to See Through the 10th Fetter

At this point, there are not many questions left. The restlessness has calmed down. Everything is quiet. Now the view on what has always been the case becomes clear.

Look into the question:

What have you been ignoring?

The last fetter ends with a shift. You will know clearly what the truth is.

When it became clear for me, it felt like putting down a very heavy backpack on a long-distance hike in the evening. I laughed. What I saw had always been the case. What a joke! I had been like a fish swimming the Seven Seas in search of water.

What had I been thinking?! It was such a relief.

A deep sense of freedom set in. And for me, a few minutes later, a sense of complete and utter ordinariness. I never had felt that normal before. What a surprise!

I could have done with a few fireworks…

But there was nothing special about it. The facts were simply clear.

The Return of The 9th Fetter, the Restlessness

For many people, the restlessness returns after a time of peace. In this regard, the 9th fetter is similar to the fetters 4/5.

You might ask yourself, what is my purpose if nothing remains?  I want to know what I’m here for.  Or you might notice the restlessness, the unease. Once, you have experienced the deep peace of awakening, the restlessness can feel very painful.

I asked myself how I had coped with this immense suffering all my life, it felt terrible!

Wanting to feel good had drawn me back into the restlessness. You might want to know nevertheless what will happen. Or like for me, it doesn’t matter that always feeling good wasn’t available and I had clearly seen it. It felt like something in me throwing a temper tantrum. “I don’t care whether it’s possible or not, I WANT IT!”

I found it awe-inspiring to experience these powerful forces that once created the illusions and kept them up. There had never been the possibility to not get fettered.

There Is No More Coming Into Being

Sometime after the shift to full awakening, the clear knowledge will arise that the work that had to be done was done and that there is no more coming into being.

‘No more coming into being’ might sound like a riddle. You will know what it means when you’re there and why it is impossible to come into being again.

The End of Suffering

With seeing the facts, all suffering ends. It was caused by insisting that things should be different than they are. Or stay the same.

This doesn’t mean that from now on, you’ll feel always good (that’s still not available). Expecting everlasting bliss is having a “spiritual sweet tooth”, as a Christian mystic called it.

In Buddhism, awakening is synonymous with “Nibbana”. The word “Nibbana” means “an extinguished fire”. The raging fire of rejecting and wanting are put out, and ignorance is gone.

Here is what the Buddha said about “Nibbana”. What we can find is “Nibbana with Residues”. Nibbana without residues is only possible after the body has fallen away.

“What, bhikkhus, is the Nibbāna-element with residue left? Here a bhikkhu is an arahant, one whose taints are destroyed, the holy life fulfilled, who has done what had to be done, laid down the burden, attained the goal, destroyed the fetters of being, completely released through final knowledge. However, his five sense faculties remain unimpaired, by which he still experiences what is agreeable and disagreeable and feels pleasure and pain. It is the extinction of attachment, hate, and delusion in him that is called the Nibbāna-element with residue left.” (Iti 44)

Did the last fetter already fall away for you? How did you experience it?

And if it hasn’t fallen away yet, how do you expect it to be?

Image by Andrea Bohl on Pixabay